I combine observations with atmosphere models to understand the formation, evolution, and composition of planets, exoplanets, brown dwarfs, and stars. You can download my CV here.

NEW in Nature: We've detected one of the largest spectral features ever measured in an exoplanet: NUV absorption by silicate cloud precursors. Reaching nearly 20 equilibrium scale heights above the optical contiuum, absorption by refractory species like SiO, Mg, and Fe indicate that WASP-178b has an atmosphere too hot for silicate clouds to condense. We can compare WASP-178b with HAT-P-41b to constrain the onset of silicate condensation to be between equilibrium temperatures of 1,950 and 2,450 K. Nature 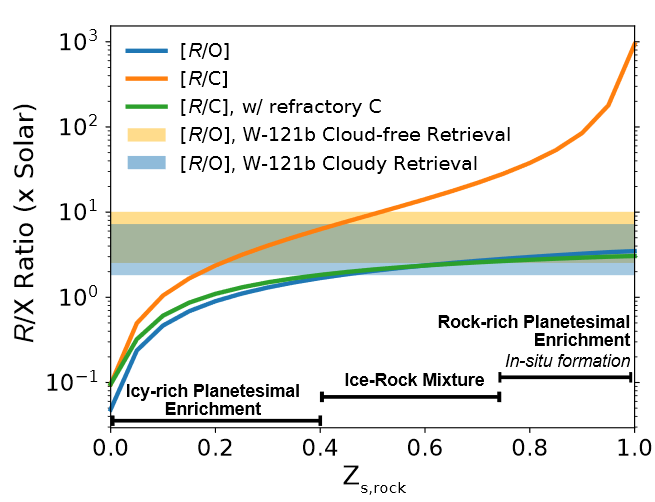 We introduce the idea of using the menagerie of atomic detections in ultra-hot Jupiters to measure refractory and volatile elemental abundances, enabling the exploration of exoplanetary rock-to-ice ratios to trace planet formation and migration. ADS 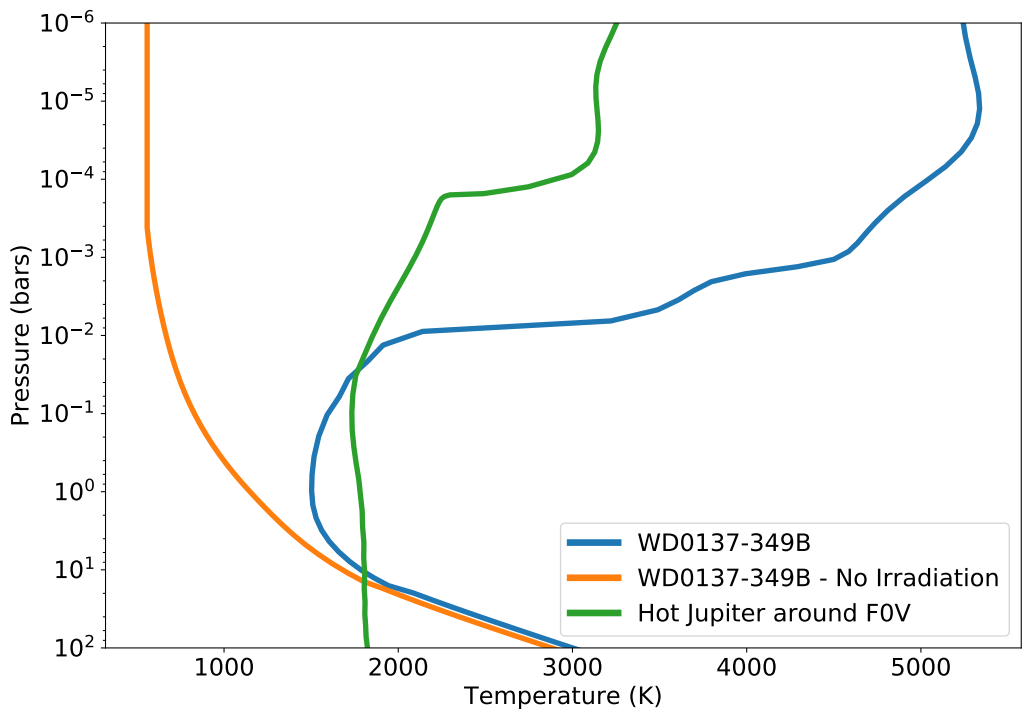 We investigate the unique atmospheres of short-period brown dwarfs that experience the intense UV irradiation of white dwarf hosts. Using self-consistent and retrieval models, we explore how these objects are both similar and distinct from their lower-mass exoplanet cousins. ADS

UV Transit Spectral Features as Probes of Metals and Rainout

We explore how atomic metals and molecules like SiO shape the short-wavelength transit spectrum of hot Jupiters. When we include a comprehensive list of opacity sources, we can explain the large UV and blue transit depths of several ultra-hot Jupiters. ADS

We developed a retrieval framework around the widely-used and well-tested PHOENIX atmosphere model. PETRA is capable of retrieving atmospheric properties from observations of all kinds of sub-stellar and stellar objects. ADS 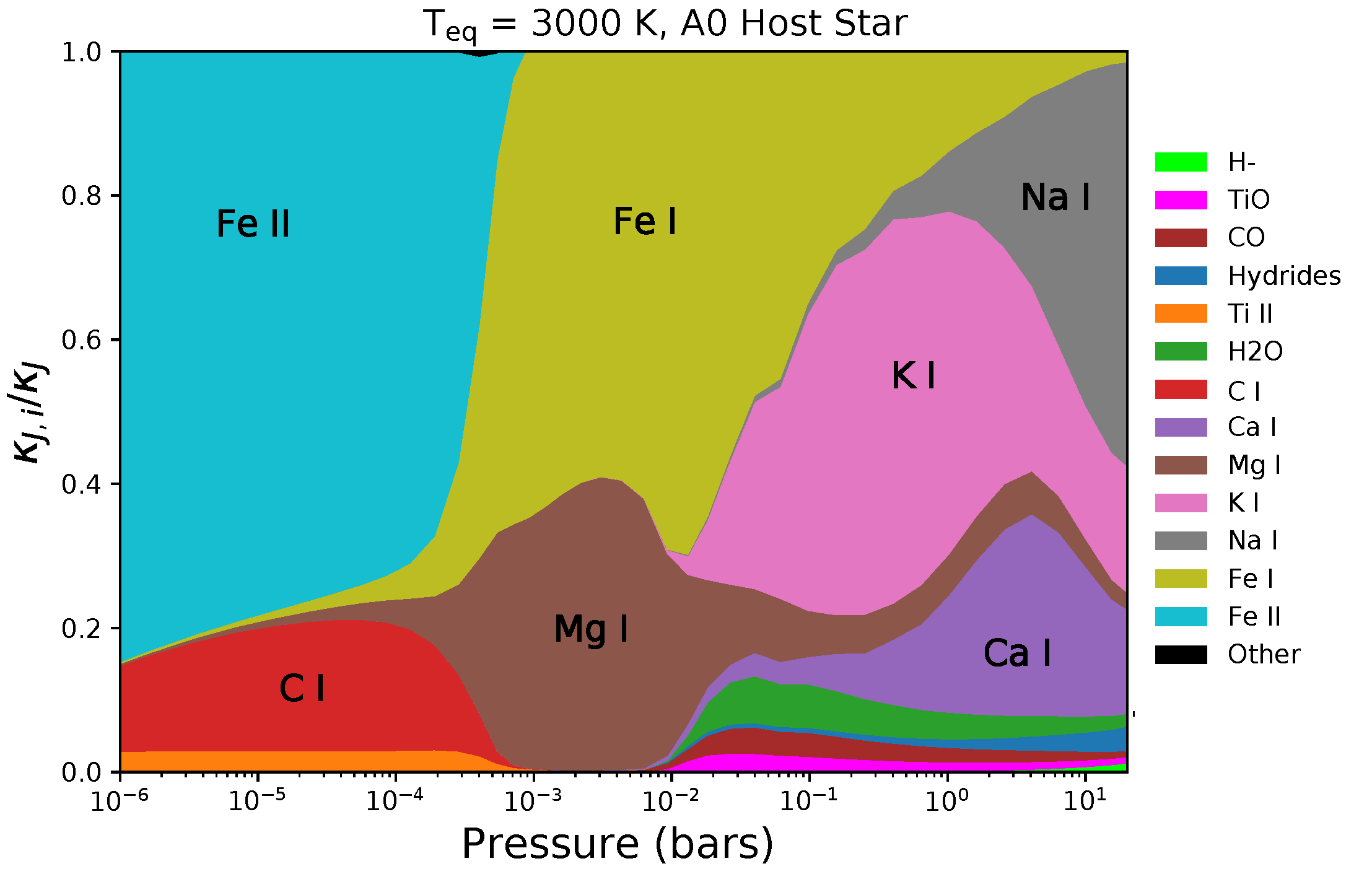 How do ultra-hot Jupiters vary between host stars? 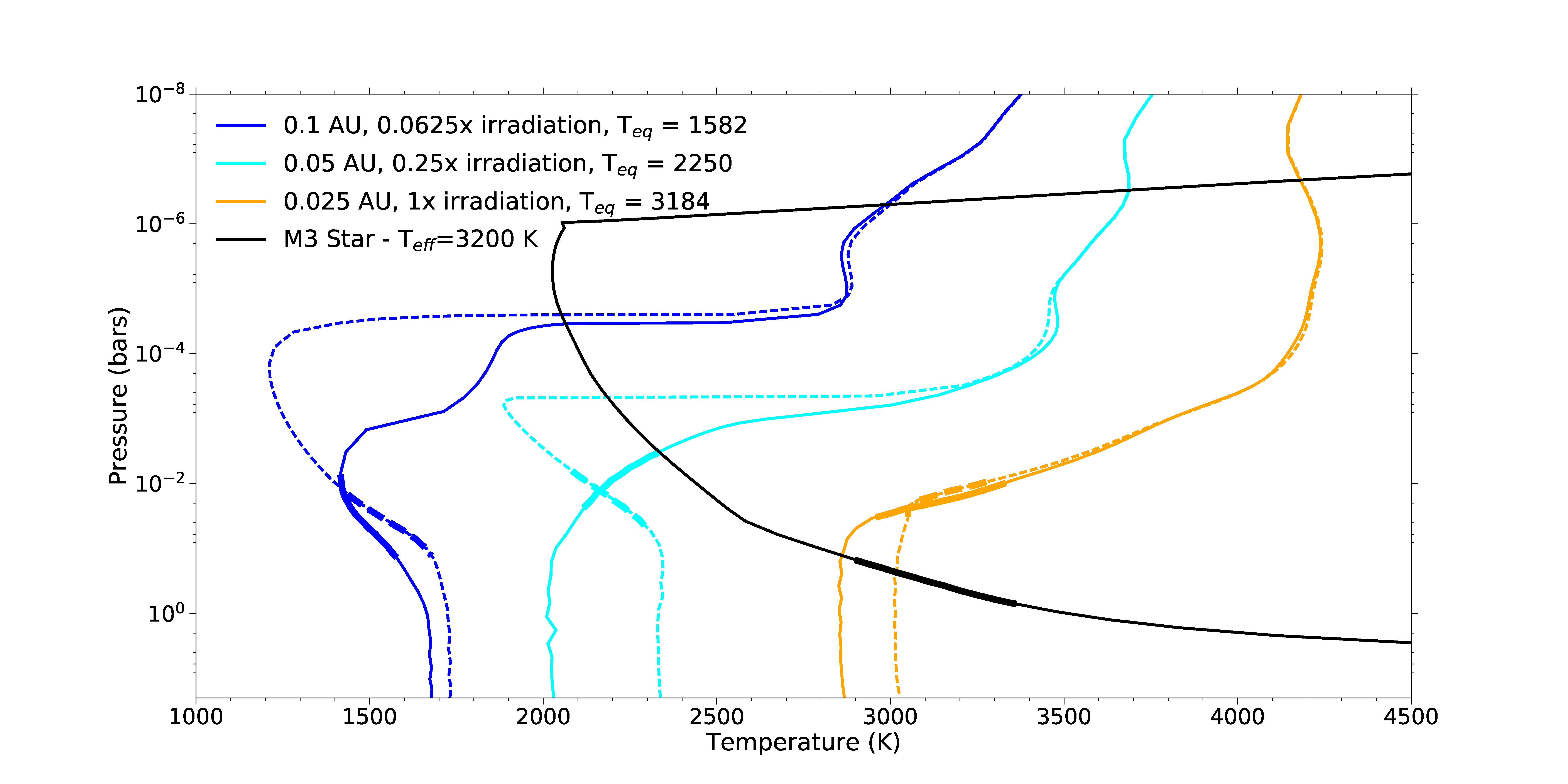 Jovian planets exceeding 2000K begin to exhibit some properties only seen in stars (e.g., H- opacity). We present some of the first fully self-consistent models of these hot planets, including KELT-9b at ~4500 K. We find that inversions in these planets will be common, regardless of the presence of TiO and VO. ADS 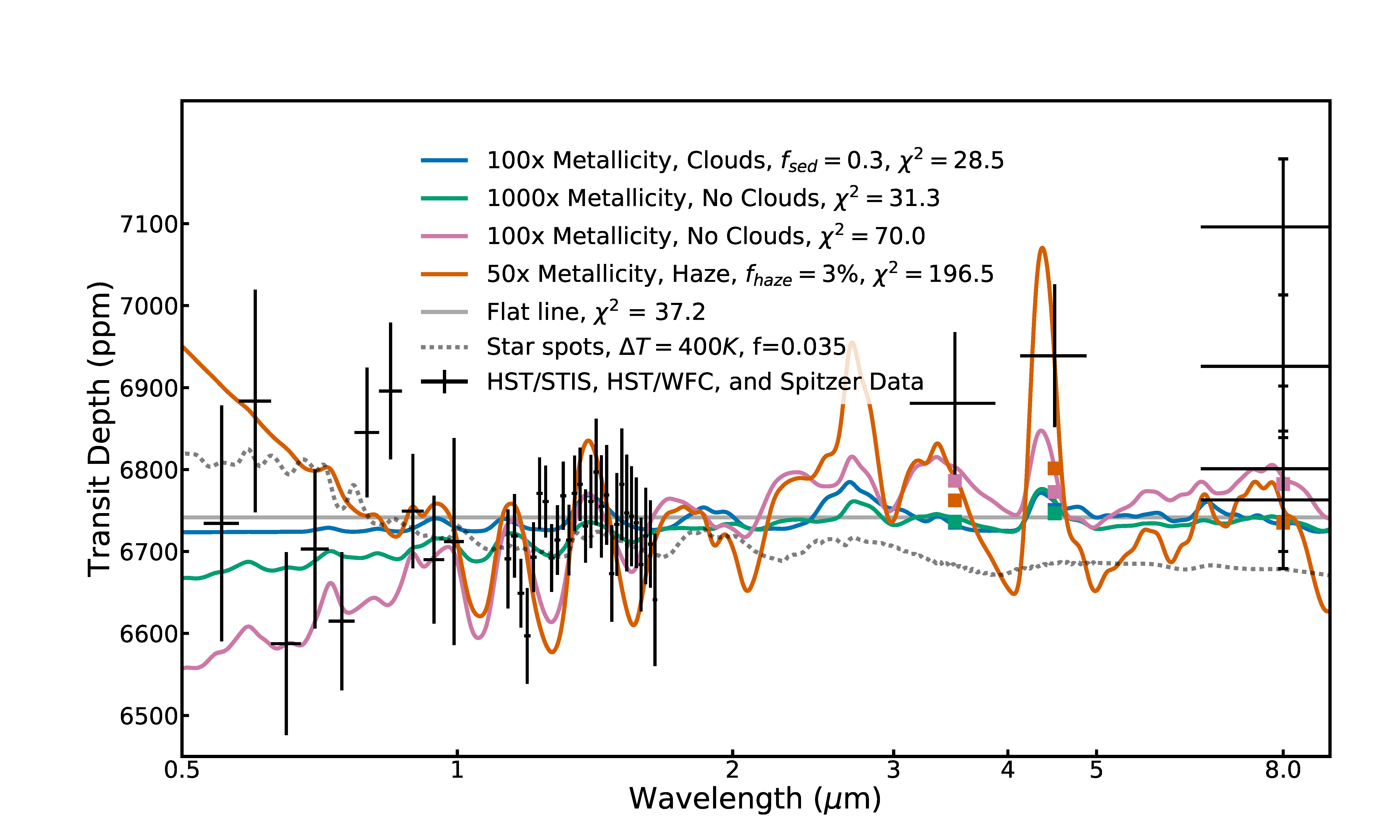 The HST/STIS optical transmission spectrum of warm-Neptune GJ 436b.

We observed GJ 436b, a JWST GTO target, with HST/STIS. The planet's spectrum is consistent with NIR observations implying a cloudy or high metallicity atmosphere. We find an unexplained jump in the transit spectrum at 0.8 microns in the transit spectrum of several sub-Jovian exoplanets. We also measure the host stars rotation period and activity cycle. ADS 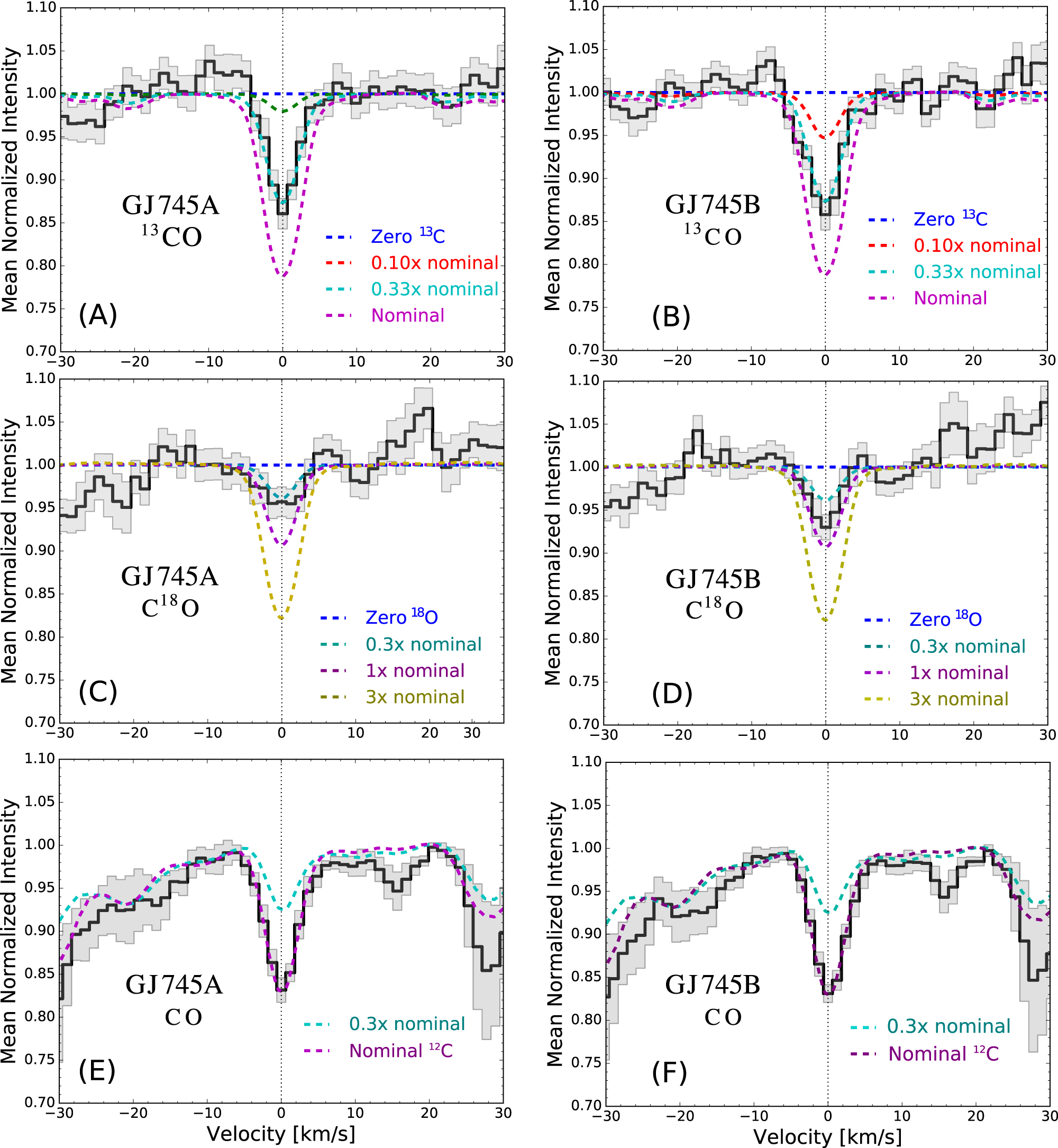 In a study led by Prof. Ian Crossfield, we measured 12C16O, 13C16O, and 12C18O in GJ 745AB. The resulting isotopic ratios suggest the binary was significantly enriched by a nearby core-collapse supernovae. I constructed the stellar atmosphere models for the isotopic detections and measurements. ADS